Thanks for answering our questions. You don’t do a lot of interviews.  You are UC Beatz aka Under Cover Beatz. This alias makes us think that you are a discreet artist, would you agree with that statement ?

Hi ! It actually is my first interview. So thank you !

UC Beatz is the alias I chose in 2006. I think it suits me well. Yes I am a discreet artist who is faithful to the underground. Since the beginning I wanted to put my music first and not my image, this is why I chose this name. 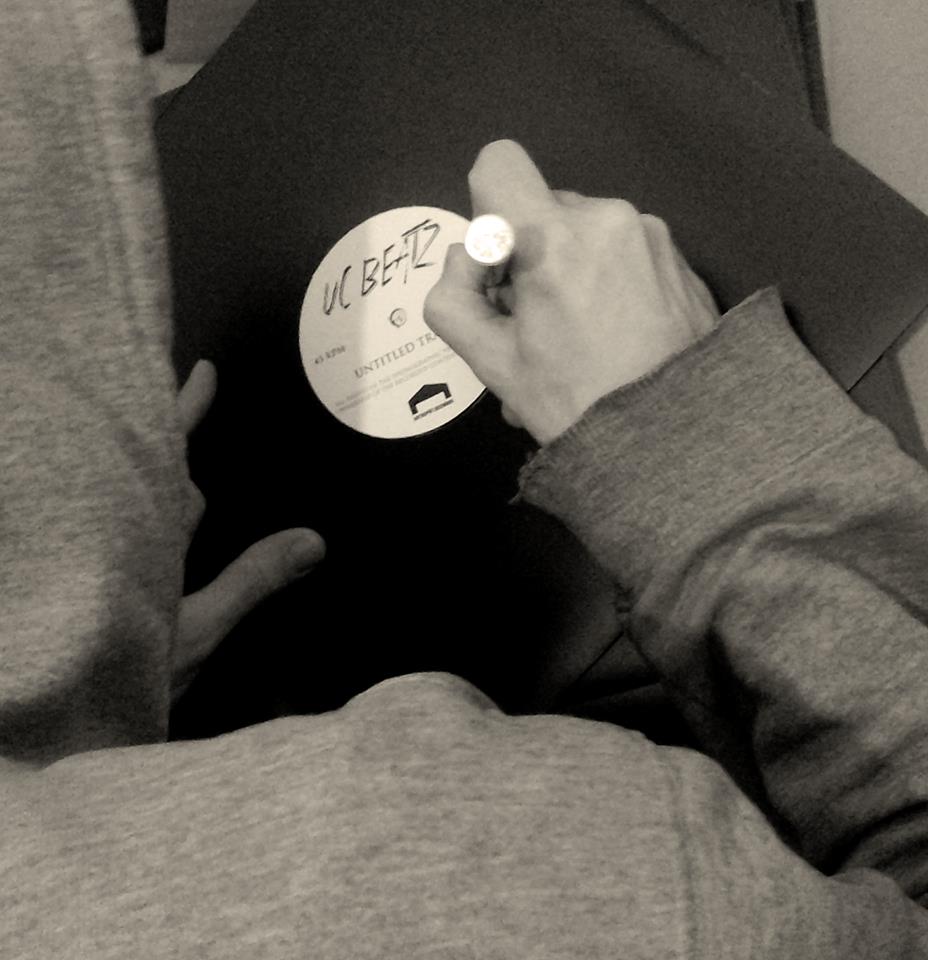 There are few infos on you out there you, remain mysterious for a lot of people. Indeed you have put in stand by your gigs  to dedicate yourself to your productions and your label Entrepôt Records. The result is impressive with more than 40 releases in 5 years only. How did you get here ? How did you end up in music ? What was your journey ?

Good question. I started with classic studies (music theory, guitare) in 1994. Then I discovered hip hop in 1996 and I started to buy discs and to rap . In 1999, I started to buy machines and I started beatmaking. I released a few K7 and participated in local compilations. I also produced sounds for different artists. In 2004, I started to make electronic music : Drum & Bass, Electro, Electronica, Nu Jazz, etc. Then in 2011, I had the opportunity to compose music for french televisions such as : TF1, FR2, FR3, M6, D8, etc. It’s with all this musical experience that discovered underground house by a friend at the end of 2011. It was an instant love story ! I started to produce loads of tracks and to release them on different labels. In 2011, I co-founded the  digital label Underluxe Records. Then in 2014, I founded my vinyl label Entrepôt Records.

What kind of machines do you use ?

I get this question a lot. I follow my guts. When I start a track I never know where I’m going to go. I roll freestyle. I either start with the beat or with a sample or I compose a melody  on a synth, it depends every time. I don’t say to myself, “here I’m going to make a Jackin’ House track”. I really follow my feelings. For the machine parts , I work mostly with softwares : Ableton, Reason, Cubase, etc.

But it depends. For example, for one of my first maxis “Doctor Soul” released on Juiced Music, I produced it with Acid Pro 6.0 et some plug-ins. Recently I invested in some  machines with the TR09 and the TB03. Sometimes I even play guitar and sing like in my track “Your Love Is A Diamond”. I always say that the machine doesn’t make the track. You can have one million euros worth of machines and make shit. Or you can have a modest home studio and produce great stuff. The artist is essential not the machines in front of him.

Are you  either a one-night track or a one year track?

Both. I can produce an EP in two days, a track in a few hours, an album in a week. As well as starting a track and finishing it 6 months later. I have very creative periods and others where I do nothing for months.

What is your opinion on the actual House scene since you started producing in the 90’s ?

It’s hard to say because I wasn’t producing house at the time. I would say the big difference was the absence of the digital and the internet. There where less dj’s, labels, and producers. It was harder to go out and buy records, to keep in touch in what was happening. I remember in the 90’s I went every week-end to the record shop. I always went very early in the morning because I was scared the discs I wanted would be out of stock. I bought magazines to keep in touch with the musical underground news. Everything is easier now. You just click away and you are aware of all the last releases. You can buy your records online and in digital plateform. You now have social media to promote yourself,  before that it was harder. I don’t have any problems adapting. I’m not a closed-up nostalgic person.

I think the House scene is alive and  well. There are a lot of talents. Good labels. Good Clubs. Good releases… it makes me happy.

What’s a good live or Dj Set ? If a Dj is first and foremost a great slector and needs to suprise his public, make the public discover new things and maybe change his opinions, do you think certain actual Dj’s underestimate their role ?

A good Dj set or live has to make you travel and to make you  dance. And for that you need the technique and also the musical culture. Lot’s of Dj’s ignore this last point. For me buying the 20 tracks in the top 200 and putting them in a site is not interesting. It’s not enough. I like precise and various mixes with the technique that comes along. Like ones of Laurent Garnier for example. This guy’s set are never repetitive, they are magic. What surprises me most nowadays when I talk to Dj’s and producers, is their lack of musical exploration.These guys only listen to house. Nothing else. But where does it come from? Disco. And before Disco there was funk,soul, jazz, blues. When a Dj listens to a lot of styles you can hear it in his sets. In the choices of his tracks. In his way of mixing. A producer is similar with his sounds.

What kind of digging do you prefer ?

The best is to go to a record shop. But because that’s not always possible, I  also order online.

Did you have any special encouters along your carreer ? Maybe an anecdote to tell us ?

I don’t have any precise anecdote. Every encouter is unique. What suprises me the most is the kindenss and support of the public. I sometimes talk to them and It always makes me happy when I get a picture with all my records saying “I have them all when’s the next one out ?”.

Why Entrepôt Records ? What kind of artistical direction is behind the project ?

The name  is Entrepôt, because it reminds me of  the crazy raves. Also because a warehouse is dirty and dark. The DA is simple. Have wild , dirty and dusty house beats for undreground people. At the beginning it was a label for my own projects. It also happens that I  invite other artists that I appreciate like Orlando Voorn or Gari Romalis ,more recently. And I want to promote artists that have never had the occasion to release on vinyl before like, Salvatore Vitrano or Chiraya. But I don’t go look for demos, the human aspect is the most important.

Do you have any represses coming up ? Some are very hard to find !

No, no repress. Every release is unique. I also want to thanks everyone at this occasion for making every release a sold out one without big promotion or anything.

We hear that the next EP is coming out soon ? Who is this Chiraya on the A side?

Chiraya are two norvegian buddies. They were behind the Flosshatt Digital label. They produce House et de la Techno. The produced 2 killer tracks for that EP. They deserve a very close attention.

On the B side Sunlight et Moon Groove have a perticular relationship am I right ?

“Moon Groove” is a track I strated a few weeks ago. When I got Chiraya’s “Stalker”, I  was thinking that  they went well together so I completed it . Then I produced “Sunlight”. I tried to create 2 tracks that completed each other with similar construction. And then I asked Chiraya to try and do the same with their tracks which gave the track “Deux Fois”. The 4 tracks of this EP called “Landscapes EP” work together very well. We are satisfied of the result. 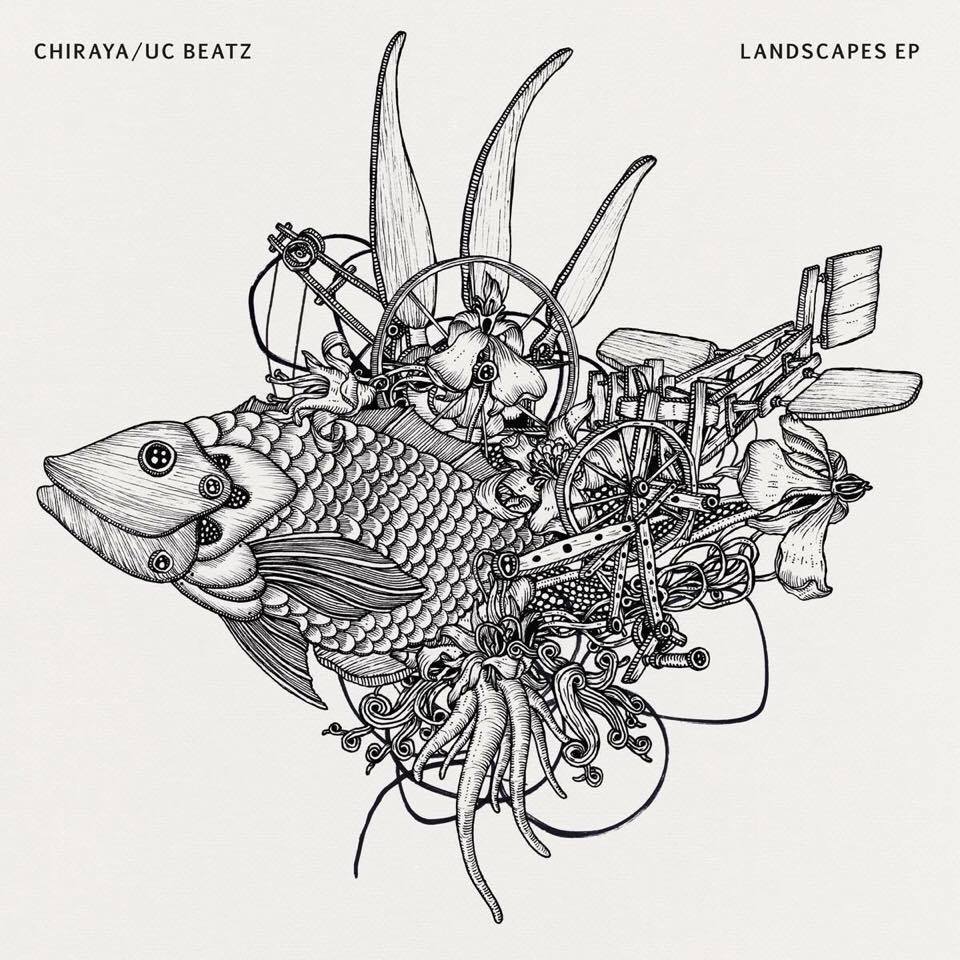 Vinyl only ? why did  you make that choice ?

Yeah I like the purist idea of the vinyl. It’s a choice that  I’m not afraid to defend. We grew up with vinyl. Digital is recent. And there are things I do that would not go on a vinyl. So they only go out in digital. And vice versa. But there are some tracks created before the label that are going to be released on vinyl because they have a place on a record. So I’m not closed minded. But the vinyl remains my favorite format. It’s beautiful, it has a warm sound. Long live the vinyl ! This is why it’s coming back in full force.

The discs will be available in shops and here: http://www.entrepotrecords.goodsie.com

In the bag of • Baltra